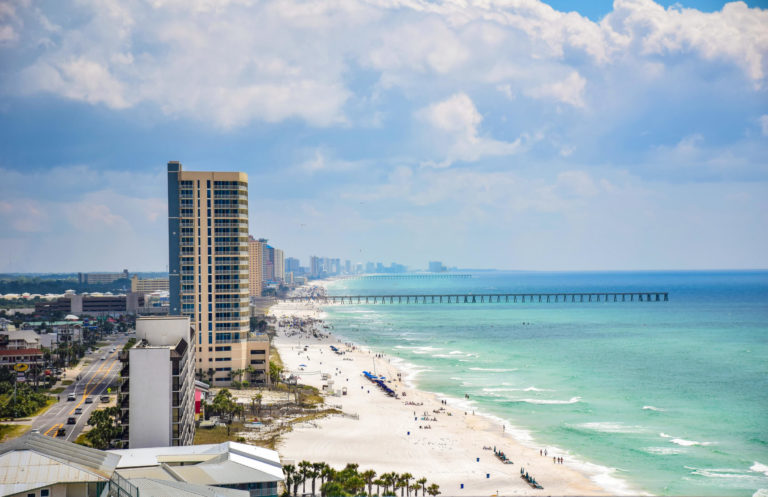 Panama City is a city in and the county seat of Bay County, Florida. Located along U.S. Route 98, it is the largest city between Tallahassee and Pensacola. Panama City and surrounding communities were catastrophically damaged by Hurricane Michael, a Category 5 hurricane, in 2018, with winds of 160 mph at landfall. The city previously suffered significant indirect impacts from Hurricane Ivan (2004) and Hurricane Opal (1995). Due to its location on the Gulf Coast, the city is susceptible to tropical cyclones. Why is the city named after another country? According to  A History of Panama City, George Mortimer West hoped to spur real estate development during the construction of the Panama Canal by changing the town’s name from Harrison to Panama City, because a straight line between Chicago and Panama’s national capital intersected the Florida town. Additionally, Panama City was the closest developed port in the US mainland to the Panama Canal.  As of the 2010 census, the population was 36,484.

Schneider & Associates Claim Services is available to assist with the following independent adjusting services for insurance carriers, municipalities and self-insured entities who have a need for claims services in or around the Panama City, FL region.

Contact us today to learn more about why so many insurers rely on Schneider & Associates Claim Services to be their go-to adjusting team in the Panama City, FL area.

“I am very impressed with your service!!!!!! Thanks again for such a quick resolution of this matter.”